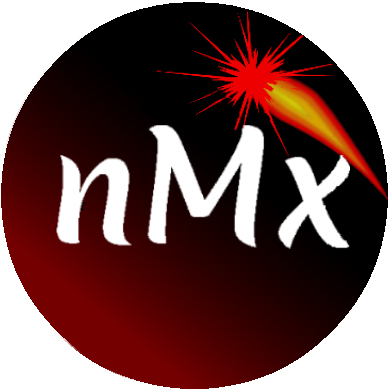 nanoMetallix has developed a new class of engineered particles to enhance rocket propellants and explosive devices. They provide scalable aluminum nanoenergetics that radically increase the effectiveness of propellants through shorter ignition delays, increased burn rate, and an increased and more complete combustion. In other words, they've made energy smaller. In 2015, nanoMetallix was selected as Top 100 Defense startups at National Defense Innovation Summit.

Steven Buckner is the Co-Founder and President of nanoMetallix, a 2016 Arch Grants Recipient.

Greg Place is the Co-Founder and Sales and Technical Officer of nanoMetallix, a 2016 Arch Grants Recipient.

Greg has background as a startup partner at Trendly, was on the founding executive team of MEDLaunchSTL, and has a degree in biochemistry with a focus on intellectual property and technology transfer. Now, with a priority on product and customer development, Greg leads business development at the intersection of nanometallic and propulsion technologies, both for national defense and the commercial launch sectors.

Jake Laktas is the Co-Founder and Chief Operating Officer of nanoMetallix, a 2016 Arch Grants Recipient.

Jake has background as a Biomedical Engineer, and co-founded MEDLaunch. Jake has a Master's degree in Biomedical Engineering from Saint Louis University, with a focus in computational fluid dynamics. He uses an extensive knowledge of the nanoMetallix core technology with corresponding engineering principles and market applications to execute primary Company operations.

Paul Jelliss is the Co-Founder and Inventor of nanoMetallix, a 2016 Arch Grants Recipient.

Paul is a Co-Founder and Inventor of nanoMetallix technology. He is one of the world's leading organometallic chemists, specializing in energetic and boron-based chemistries. Paul has produced novel technologies across the spectrum of nanoenergetics into biomedical and other applications as well. His ability to combine organic matter with metallic structures has produced incredible breakthroughs with regards to the stability, usability, and ingenuity of nanomaterials. Paul is currently a Chemistry Faculty member at Saint Louis University where he has been on staff for 16 years.

Stephen Chung is the Co-Founder and Chief Scientific Officer of nanoMetallix, a 2016 Arch Grants Recipient.

Stephen formulated and produced some unique and novel energetic materials during his postdoctoral appointment at University of Missouri-Columbia and a company called NEMS/MEMS Works, LLC. His speciality, working with high-energy nanothermites, has translated well as nMx produces some of the world's highest-energy solid materials.