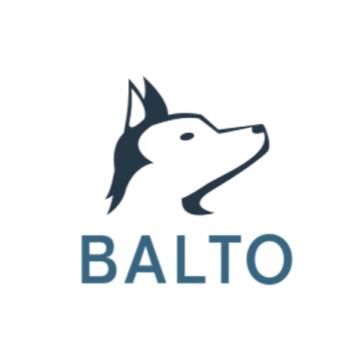 What is Balto Software, Inc?

Balto helps sales, service, and accounts receivable reps win as much revenue as possible from every phone call. Sales, service, and accounts receivable teams use Balto's artificial intelligence software to analyze phone calls in real time - live while the call is still happening - and instantly provides reps recommendations on how to communicate as effectively as possible before it's too late. Balto automatically guides reps to use the communication strategies managers wish they would implement on every call - the strategies that consistently produce revenue and prevent expensive compliance mistakes.

Marc Bernstein graduated from Washington University in 2015, majoring in Entrepreneurship and Marketing and minoring in Psychology. As a high school senior, Marc founded his first company, DoorStep Fitness, a direct-to-home personal training service. As DoorStep Fitness’s marketing strategy developed, Marc was responsible for generating an average of 52 inbound leads per year at cost of just over $150 per lead. DoorStep Fitness grew to a team of five trainers and a network of more than 100 clients. After DoorStep Fitness, Marc joined two St. Louis startups, PFITR and TopOPPS. At PFITR, as a sales development representative, Marc produced 70 sales qualified leads in his first month and was soon promoted to Director of Business Development. At TopOPPS, as an account executive, Marc was named the 2016 Sales Contributor of the Year and also TopOPPS’s Clutch Player of the Year.

Chris Kontes, as a junior at Franklin Marshall College, launched and sold carcrunch.com, a website that generates high-quality leads for major automotive retailers, most notably edmunds.com. After graduating, he joined Venture for America, a nonprofit that places entrepreneurial college graduates in growing startup ecosystems. Venture for America introduced Chris to TopOPPS, an enterprise SaaS company in Saint Louis. During his tenure there, he was quickly promoted from sales development representative into Head of Sales Development, where he increased lead production by over 500% and produced over $1.2M qualified sales pipeline per quarter. Chris was named TopOPPS Manager of the Year in 2016.

Davidson Girard began developing software at the age of 12. By 16, he launched Girard Web Design, serving dozens of clients with services ranging from legacy CRM maintenance to custom web applications and web design. In high school, Davidson split time between two prominent Washington, D.C internships, EFXMedia, and Interface Media, producing client-facing web design and graphic design deliverables. Before he had graduated high school, Davidson was working full-time at RioRey, the foremost leader in DDOS cybersecurity technology, building the backend of their flagship control panel. Upon graduating with his Computer Science degree, Davidson started work for the Department of Forensic Sciences developing an ETL and web dashboard architecture to integrate LIMS systems for directors and managers at the organization. The software has since been deployed to numerous law enforcement agencies nationwide. Davidson also worked as a primary engineer on the image and video web service used for the Defense Advanced Research Projects Agency (DARPA) MEDIFOR project